Posted by Ian Sharpe | Updated 2020-12-04
I hope Loughborough voters have long memories!
A Message form Ian Sharpe, Loughborough Liberal Democrat Candidate December 2019 General Election:
On the 8th of November 2019 the notices for that year’s general election were issued, an election which resulted in the current Johnson government.
I stood in that election and took part in election hustings with the Tory candidate who went on to win. During those hustings the Tory candidate’s promise was “ I will be Loughborough’s representative in Westminster, not Westminster’s representative in Loughborough”, a clear promise to put the people before her own political advantage.
So how has the Government performed and how has our MP stood up for Loughborough?
These are some of the actions of the Johnson government:
It is no wonder Boris's government is called a Chumocracy, where the rules only apply to the little people.
So how did our Tory MP live up to her promise, to put Loughborough before party loyalty?
She supported Boris in every vote! Against meal vouchers for Loughborough needy children, against Loughborough farmers and against the interests of her constituents.
Loughborough Constituents deserve better.

Liberal Democrats believe that these proposals are fundamentally wrong in every respect. They would mean that all the Councils involved would spend the next two and a half years arguing over and concentrating on, the expensive business of large-scale closure, merger, defining and reapplying for jobs, redundancy and closing down sites. This is the last thing we need when tackling COVID-19 and its economic fall-out should be the number one priority.

The UK already has the lowest ratio of Councils and Cllrs per head of population of any Western European country. Abolishing all District and Borough Councils would make this democratic deficit even worse. Far from representing ‘Devolution’ these plans represent a huge centralising of roles and local responsibilities. District and Borough Councils are rooted in and represent the interests of their local communities in a way which large (in population and geographic area) Unitary Authorities cannot remotely do. Most recently this has been clearly shown during the Covid outbreak when the flexible, local knowledge and expertise of District and Borough Councils has provided the cutting edge of distributing local business support grants, delivering food parcels to the local Shielded population, advising their local retail businesses on social distancing strategies and much else.

Unitary Authorities in compact, geographically small areas with a clear community identity make good sense, as seen in our Cities and in a very small County like Rutland. Huge Unitary Authorities of up to a million people spread across a wide geographic area do not. Smaller Unitary Authorities that reflect actual communities work well across Europe and the USA but the UK Government has so far ruled this out. The financial problems of Local Government have been caused because the Government has cut 40% of their funding. The massive problems of Adult Social Care are a result of successive Governments failing to deal with the problem. The increasing expense and complexity of parts of Local Government is due to the Governments imposition of new and costly tiers, with Police and Crime Commissioners and Directly Elected Mayors.

We call upon the Government to reverse the cuts to the funding of Local Government, withdraw their so- called Devolution plans and consult on an effective form of community based Local Government. Devolution should mean moving power downwards not moving it up to large and remote bodies.

Save the old Western Park Golf course - Sign the petition

The Old Western golf course Is under threat of development by Leicester City Council. The proposal includes housing, industrial units and traveller pitches. The old golf course is a fantastic green space of around 129 acres of grassland, ponds and even ancient trees and host to all sorts of wildlife including badgers, buzzards, lots of other birds and even great created newts. 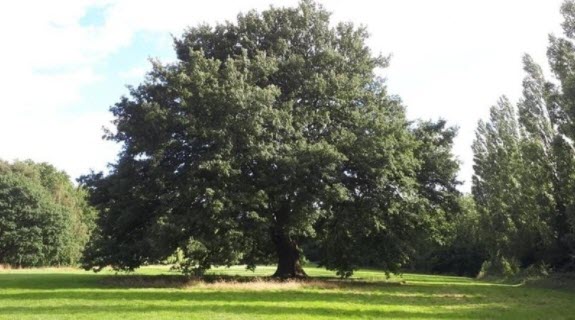 It is well used by city and county residents for walking, cycling, jogging, dog walking, as well as footpaths through to local areas and for children to play. During the pandemic footfall has increased and this are has been a great asset for the local communities to use and enjoy the fresh air and wildlife on the edge of the city without having to drive out to the countryside.  Many of whom have said it has helped their mental well-being during the lockdown period to be able to get out into open green space.

We want to try and save this green space and protect it for all the communities to enjoy and generations to come. Please help us to do this by signing the petition and objecting at www.consultations.leicester.gov.uk/

For more than two years I have been trying to find reliable answers to various questions about the actions and decisions of our government. I have tried to get answers from my MP without success. I am not sure if that is because he cannot or will not respond. Therefore I have had done my own research using academic sources and reputable parts of the media. In particular I have researched the following question:
What is the probable damage to the UK economy by a combination of the Covid-19 pandemic and a No deal Brexit?

The results of my research are as follows.

A new all-party parliamentary group has been set up with regards to the current coronavirus pandemic.

This has been set up to ensure that lessons are learned from the UK's handling of the coronavirus outbreak so that the UK's response and preparedness may be improved in future.

This cross-party group has Layla Moran MP as the Chair, March for Change as the group's secretariat and Clive Lewis MP as Vice-Chair. It will be taking evidence immediately. It is calling for evidence to be submitted to inform its recommendations to the UK Government If you have any relevant information the Group will be pleased to hear from you. It will hold meetings throughout the summer, regularly make evidence publicly available, and produce a summary report by the end of summer. You can find further details at https://appgcoronavirus.marchforchange.uk

We have now made a total of £565 in donations to the Food Bank at John Storer House.

This includes money from local party funds and the balance collected from members either directly or via the wine tasting fund raiser. A huge thank you to everyone who has helped raise this magnificent sum. We thought it was something to shout about so look out for a press release coming out in the Loughborough Echo.

Welcome, members and visitors new and old, to the new Loughborough and Charnwood Liberal Democrats website.

As the times are changing so are the demands of the political landscape, hence a website upgrade is needed. We have a new host and new address but the same friendly team behind it! This has been a key goal of mine, to heavily improve and modernise the website, since I became the Party's Web Admin and I am incredibly proud of the steps we have been able to take, all thanks to the work of our various teams as well as the incredible donations made by our members and supporters to us.

As things start to return to normal I hope for this to become a centre of local news, issues and ways of helping people, written by myself, our team and our members. With this new update comes new campaigns as well. We currently have an 'I am a Lib Dem' campaign running over on our Instagram (@lborolibdems), on our Facebook (@LoughboroughCharnwoodLibDems) and on our Twitter (@lborolibdems), showing the reasons our team and members are with us and believe in our party being the future of our country. We welcome any submissions for the 'I am a Lib Dem' campaign as well as any articles for the website. Submit by emailing us at [email protected] with a quote and picture for the 'I am a Lib Dem' campaign or an article for the website

This is likely to be a tough and frightening time for many people. It is vital we all take this incredibly seriously, follow the advice being given, and pull together as a country and a community in this difficult period. As a local party we are taking the time to compile a selection of groups within our respective wards and constituencies which you are able will be able to volunteer in or seek help from.

Nextdoor is a site and app that allows you to connect within your community and has seen surges in volunteers in the recent weeks.

Join the Liberal Democrats today from as little as £1 a month and help us demand better for our future.